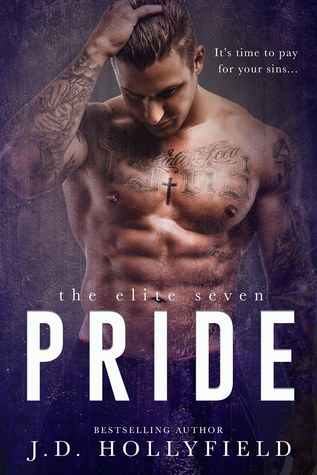 The greatest trick the devil ever pulled was convincing the world he didn’t exist.

But who said the devil was a he?

In my world, she was out to cause havoc on all our lives.

She’ll use the one thing I care most about to control me—force me into her Elite world, filled with sin, deceit, and power. And under her spell, I’ll lead a sinister brotherhood of seven at one of the most prestigious universities in New Orleans.

Seven tasks set forth by the devil herself, promising nothing less than the forbidden fruit of power. What they don’t understand is it will all end in bloodshed and regret.

They call me the alpha. The one in charge. The one with pride bigger than any task I could be given. And my pride won’t let me be anywhere but at the top of the food chain until she gives me what I truly want.

My task is Meghan Benedict.

She’s too pure for me to touch, too good for me to ruin—and the only thing standing in my way to freedom.

Accept your sin wisely, for the tasks given to earn your place are not for the weak…they’re for The Elite.

As they say, pride comes before the fall.

I am Mason Blackwell.

*I would like to thank Terrie Arasin for providing the eARC copy in exchange for an honest review.*

Blogger’s Note: This may spoil a little if you haven’t read Book 1 first

Really dark and mysterious with a hint of romance. This series has me checking my calendar every other day to see when the next book is coming out.

Not every sin is bad.

How far are you willing to go to protect your own? This book is a great sequel to the first one, Lust. Where Lust was seeing The Elite as how an outsider who knows they exist and seeking them out, Pride is through the eyes of someone who has no idea what it’s all about and is being forced into their world.

Pride is more than the first of the seven deadly sins; it is itself the essence of all sin. — John Scott

How deep does one’s pride go? No matter how difficult life has become for our main character he isn’t willing to give up one cage for an even bigger one because it would mean shaking the hand of the devil.

My heart does that girly little flippy thing at the way his stare penetrates down at me. He’s not just looking at me, he’s staring through me, to the deepest parts of my soul.

Full of twists and turns and there are lesser theories for each sinner than there are questions for the rest of the series. The pacing is not too fast and not too slow and it’s just enough to tell the story in the right way. That new cliffhanger though was so exciting. There really isn’t much happy ever afters in this series.

He makes me want so many things, it scares me.

Mason is such a strong character. He has lived a portion of his life getting physically tortured every day and has stood on the edge of death more times than he bothers to remember. Despite it all, he has risen again and determined to get his life back in track.

She was this sweet professor who had this secret craving for being bad. And I wanted to be her enabler.

I can totally relate to Megan’s character. She’s such an angel in the streets but a total little devil in the sheets. She loves her job but like everyone else, she just wants to be happy and to have someone to share it with.

Her smile suddenly warms a dormant part of me that’s been cold and shut off.

Wonderfully written. I mostly love how the two lovebirds met because as ordinary as it was, while I read the scenes all I felt was epic. Besides the romance, there were the mysteries hanging on every corner of the room on the air that our characters walked around on.

“You listen here, you sick, disgusting, waste of a life.”

I was expecting to see that one girl again but I guess it turns out she was just a person in the past, irrelevant to the present.

Given the chance, anyone would shame another to rise above.

This series has got me hooked. I just want to dive into their world and discover all The Elite’s secrets. Who else is a member? Who has all the cards? Can’t wait for all the revelations in the upcoming books. Wrath is up next and I am ready for all the chaos! 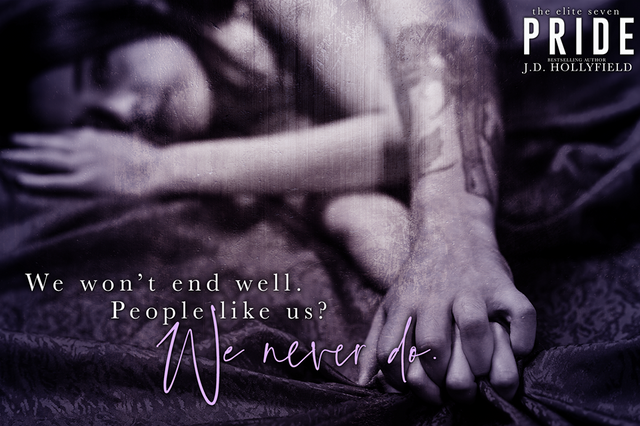 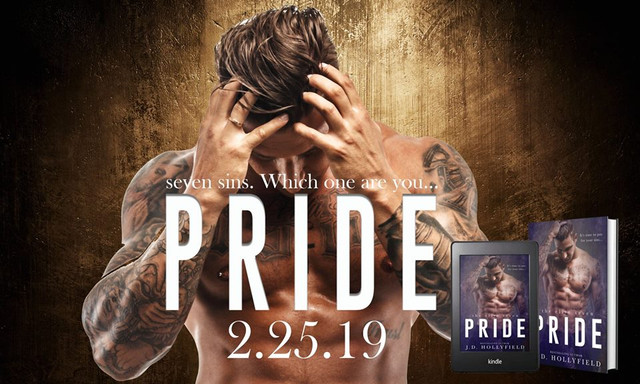