Julianna has lived in the shadow of her brother, Thomas, all her life, wishing she was more like him. He didn’t have the ultra-strict rules that Julianna’s father imposed on her. And he had never had to deal with bullying and threats from the kids at school like she had. All because of one night. The night one of her best friends became her worst enemy. The night Julianna had first used her power.

Now, four years later, she is about to use it again.

The last time she had seen her brother, he was lying face down on a dirt road, a dark pool of blood surrounding his body. Unknown to her, Thomas wasn’t dead. In fact, Thomas, Gemma (The Paladin) and Theresa (The Endlessly Dying Girl) are even now on their way to rescue Julianna and the rest of their friends.

Armed with spiritual powers they are still learning to harness, the three heroes are up against four heavily armed and dangerously ruthless men. Little do they know the extent of the challenge they will face, nor which of their friends will be the next to join the Guardians, and which will stand against them. In the darkest jungles of Panama, a war is coming. 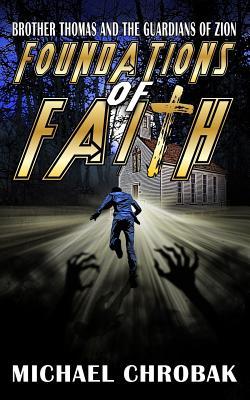 Title: Brother Thomas and the Guardians of Zion: Foundations of Faith

Thomas could think of a million places he’d rather be right now than on a Confirmation retreat. After all, his parents had forced him to attend. It’s only Saturday morning and already he wants to leave. All that changes when Thomas is challenged by a dark presence that wants nothing more than to see his faith fail, a faith he didn’t even know he had. As the darkness consumes him, Thomas’ entire world breaks apart.

Can Thomas find the strength to resist the darkness? Will he become the person Father Dominic believes he will be? Can he really accept the quest to find the Guardians of Zion or was that just a dream?

If only he had superpowers. But then again, perhaps he does… 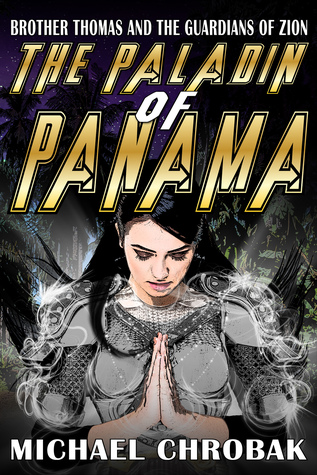 Title: The Paladin of Panama (Brother Thomas and the Guardians of Zion, #2)

Picking up where Book One: Foundations of Faith left off, Thomas has returned to his college campus still curious as to the events that he just experienced during the retreat. Pondering the people he met, Theresa, the Endlessly Dying Girl, comes to mind. Without warning, he finds himself standing in her room! Convinced it was nothing more than the machinations of an overly-tired mind, he dismisses the event. The next morning, things become even more strange. Another dimension. The Armor of God. A Devil’s curse. It’s no wonder Thomas wants once more to run away.

And then, he receives an invitation from Father Dominic to join his mentor and friend in Panama for a mission project over the summer. Thomas gratefully accepts, thinking this is the perfect place to escape for awhile. Little does he know how wrong those thoughts are. Now, not only is he responsible for the lives of eleven other young adults, but his own life is in jeopardy, too! To survive, Thomas must find the one person who can wear the Armor of God. He must find The Paladin!