Vincent
Through every drop of blood I spilled, I lost a piece of my soul. I’ve sacrificed seven long years and the woman of my life for the Family. With prison behind me, I’m finally taking the reins of my destiny. I won’t allow the choices of my past to define my future. But I’m not done fighting—not yet.

Eve is still out there.

I will stop at nothing to get her back.

Eve
After having my heart torn out by the son of the biggest crime family in New York, I was forced to start over in California. With three thousand miles between me and my past, life is finally set on cruise control. I’m a lawyer at one of the best law firms in the country, I own my apartment, and I even have a doting boyfriend by my side.

It’s not worth the fight.

My Reviews to the previous books in this series: “We did it, huh?” Tom’s voice brings my attention back to him.

“There were moments, I swear to God, Vincent, I thought time would never pass,” he admits.

“We were lucky though.”

“True.” He nods his buzzed head in agreement.

Our prison stay wasn’t as difficult as it is for most inmates. For one thing, the skillsets we were raised on easily translated into prison culture: mental toughness, physical strength, and ability to lead. We also had a pre-existing structure within the system to plug into, as seven of our boys were already doing time.

The waitress steps over to take our orders, a pink apron tied around her short white uniform. She’s young with bleached-blonde hair; I cringe remembering the girl who Eve believes I was with in our bedroom that fateful night. Goddamn, but the memory of watching her heart break in front of my eyes still burns.

Mouth widening in excitement, the waitress stares at Tom as if she just hit the jackpot. His eyes rove her body hungrily, like an animal starved. Not that I blame him. It’s been a long time.

I clear my throat and the waitress turns to me. I order a double cheeseburger, fries, and Coke with extra ice. Apple pie, the same one as the guy in front of me, for dessert.

Instead of writing down my order, the girl’s gaping at me, frozen to the spot. I look at her notepad, then her eyes, silently telling her to get her ass into gear. She swallows, pupils dilating, before finally jotting down my order. She’s attracted but also scared.

“I’ll have the same,” Tom tells her with a crooked smile, causing her to erupt in a nervous giggle.

“Uh, I’ll go get you guys your order.” She scuttles away with a bright red face, and I shake my head at Tom.

“I’m just glad to see I’ve still got it.” He laughs. “I know what I’m doing tonight, and it isn’t jacking off like I’ve been doing for almost seven years. The first thing I wanna do, after this meal of course, is fuck my brains out.” He grabs the edge of the table and pitches forward to get closer to me. “You think the waitress would take a five-minute break to suck me off in the bathroom? After the burger?”

He happily shrugs his shoulders. “What about you? I’m sure she’d do us both. Although you might be too much for her.”

“Yeah, you’re right, my ten-inch dick would definitely scare her.” I quirk my mouth in a half smile and Tom laughs out loud.

“Man,” he chuckles. “She took one look at you and almost pissed herself. You got a bad case of resting murder face. As scary as you looked before—you’re worse now.” He laughs. “Those Indian black eyes of yours. Shiiiiit.”

“Native American, you fuck head.” I shake my head at the dig, but he isn’t wrong. I’m bigger and harder than ever. We both are.

“Not my type, anyway,” I reply, leaning back in the booth and crossing my arms over my chest. It’s been a while since I’ve sat without guards watching my every move and the independence is shockingly unnerving.

“I won’t say that bitch’s name, because it makes me sick what she did to us. But tell me you aren’t still thinking about her after all these years.”

I immediately sit up, gripping the edge of the table. “I may be leaving the life, but if I ever hear you talk about her like that again, I’ll kill you. I told you before we were locked up, and I’ll remind you again now that we’re out. She didn’t do shit. I made choices.” I point at my chest with my thumb. “I did those wrongs. What happened to me and you is all. On. Me.”

He leans closer. “Man, this is why you’re supposed to be the Boss.” His voice is a conspiring whisper. “It’s in your blood. Don’t walk away from it, Vincent. You take responsibility for yourself. We both know if the tables were turned, I woulda said the girl had you whipped. But you—”

“I love you like a brother, but I’m not on board with the new direction the family’s rolling in.” I shake my head slowly from side to side. “Just can’t do it anymore.”

“Your dad is gonna freak the fuck out. I mean…” he shakes his head side to side. “Maybe you wanna wear a vest before you have your chat?” It’s spoken in jest, but I can tell Tom is worried. While we’ve discussed my plans about leaving the family for good, my father doesn’t know about my decision yet.

Tom’s chosen to stay inside the fold, unable to see anything in his future outside of the family. If anything, prison solidified his loyalty. Still, we’ve lived our lives side by side since we were born.

Leaving prison together was a given—the family made sure of it. While we’d never admit it to each other, parting ways is unsettling. Still, it’s just the way life goes. I know the conversation with my father won’t be easy, but truth? I’d rather die than keep this shit up and I’ve spent years now coming to terms with it. 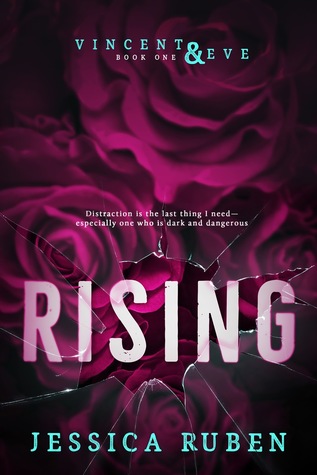 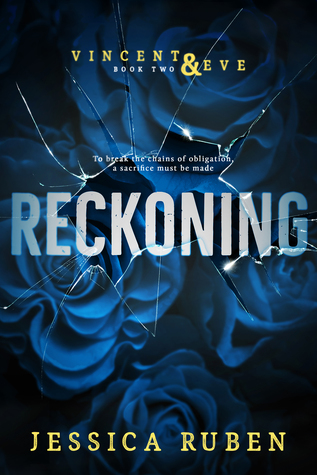 Jessica Ruben lives and works in New York City, where she spends her days dominating in the court room as an attorney. Come nightfall, she writes romances centering on gorgeous alpha males and the intelligent women who love them.

Jessica is an insatiable reader, and will devour a few books a week without batting an eyelash. Books have always been her drug of choice, and she has no plans on detox anytime soon. She has three wildly delicious children and a husband who, for reasons unimaginable to her, loves her brand of crazy.