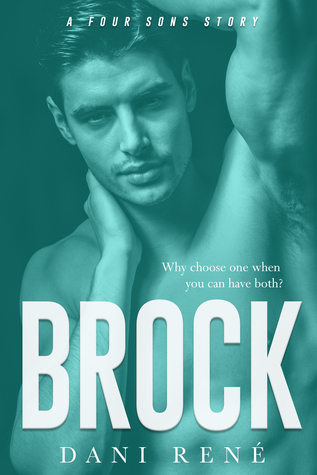 I am strong, athletic, and son to a man I always wanted to be.
I had made plans, thought I was on that path, and then a bullet stopped not just my father’s heart, but mine too.

I’ve been living a life I’m not meant to.
I want more. I want to escape.
And I found someone who’s given me a love I never thought possible.

My name is Brock Pearson.

I am a free spirit who found happiness in an unexpected place.
People assume I’ll be another heir to our empire, but my heart belongs elsewhere.

Each novella gets longer and longer. I was surprised to see Brock’s book has twenty-three chapters.

This book is exactly what I thought it would be and so much more! I had no idea how the romance was going to play out but it worked well for everyone.

It is about discovering who you are, being true to yourself and owning up to your feelings. It can’t get any better than that. We know hard it is to own up to something we’ve been trying to hide or ignored for years. It takes guts to tell the world about our real self both good and bad.

This is my first book in the genre of man to man romance, menage and a three-way. So I was pretty excited when I read this book. Can’t wait for Camden’s taboo adventure and break my heart for not being the girl he’s sleeping with. (lol hahaha!)

The heat of his kiss burns me right down to my soul. I know it. I’ve always known it, but never admitted it. I’ve only ever allowed myself to think about it. I knew one of us had to make the move.