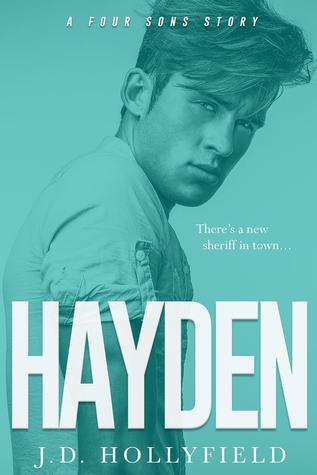 I am a hothead, a wild card, and son to a murdered man.
I crave the things I can’t have and don’t want the things I can.
Now, I’m left to pick up the pieces—stitch our family back together with a damaged thread.
This isn’t the life I envisioned. And to make matters worse, the women in our lives are testing the strength of our brotherhood.
My name is Hayden Pearson.
I am the eldest—a protective, but vindictive son.
People may think I’m too young to fill our father’s shoes, but it won’t stop me from proving them all wrong.

*ARC received in exchange for an honest review*

If second chance romance is your thing, then Hayden’s story is for you. I am such a sucker for this kind of romance! I’ve been rooting for Hayden and this pretty girl since their love story started.

Being the eldest his life made the 180 turn instantly over night. He’s got huge responsibilities to his brothers, and especially to the empire her’s been inherited. Where does that leave love?

He was troubled and lost. But he wanted to be saved so desperately.

This book has a lot of emotions, pain, and heartbreak are the sole focus. Though I think all brothers have it but Hayden is the one that’s expected to be the rock for being the eldest. He’s the one who needs to get all his shit in order.

My father didn’t raise his fours sons with the vision of us blossoming into decent, honorable men. No, he made sure we were groomed to become leaders. Fearless warriors.

Brock is coming up next and I hope it’s what I think it is and I am so damn excited. The Pearson brothers are each intimidating in their own way and together, they are terrifying.