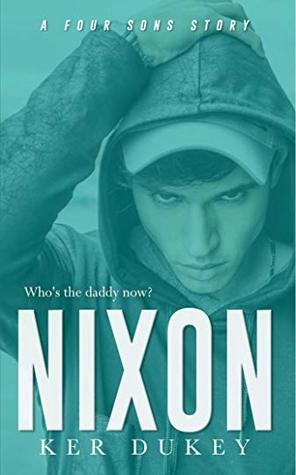 I am devious, a dark soul, and son to a dead man—or am I?
I plan many moves ahead to get the result I want.
Her.
Things may be complicated, but we were always destined for each other.
I’ll protect her from any threat and defend my interests, even if it means going against my own brothers.
My name is Nixon Pearson.
I’m ruthless and deadly, but also devoted.
People may think I’m young and naïve, but that’s just a mask I wear to fool them. Have you added these to your Goodreads TBR??

It’s nice to be wanted. Being wanted is an addiction. No matter how many people offer to love us, it it’s not the one person we want it from, it’s never enough.

Surprisingly not as dark as I thought it would be. Written in the point of view of both Nixon and Rowan, the girl of his dreams.

This book tells the story about the friendship between Nixon and Rowan from being childhood friends to raising a child together. In this book we see a glimpse of how the Pearson house is functioning after the death of their father. But it also tells the story of the time prior to all the drama.

The book screams revenge and Nixon’s journey wondering if he’s a psycho or not, and by the end of the book they have come to a conclusion.

Super excited for Hayden because he’s been given screen time in this book and I don’t know what to expect. I wonder if each brother will have a girl involved with them but that one brother did show signs of something else. You have to read to find out! I have always had a passion for storytelling, whether it be through lyrics or bedtime stories with my sisters. I wanted to be an actress growing up so I could live many roles but I learned early on that my mind was too active… I would want to change the script. I would watch films and think of ways they could have improved the story if they took another direction so I thought it best that I tell my own.

My mum would always have a book in her hand when I was young and passed on her love for reading, inspiring me to venture into writing my own. I tend to have a darker edge to my writing. Not all love stories are made of light, some are created in darkness but are just as powerful and worth telling.

When I’m not lost in the world of characters I love spending time with my family. I’m a mum and that comes first in my life but when I do get down time I love attending music concerts or reading events with my younger sister.

You can find me on Facebook where I love interacting with my readers.