In case you were too busy reading books or unplugged, here are 10 of the best covers revealed in the month of June! Sora can move as silently as a ghost and hurl throwing stars with lethal accuracy. Her gemina, Daemon, can win any physical fight blindfolded and with an arm tied behind his back. They are apprentice warriors of the Society of Taigas—marked by the gods to be trained in magic and the fighting arts to protect the kingdom of Kichona.

As their graduation approaches, Sora and Daemon look forward to proving themselves worthy of belonging to the elite group—but in a kingdom free of violence since the Blood Rift Rebellion many years ago, it’s been difficult to make their mark. So when Sora and Daemon encounter a strange camp of mysterious soldiers while on a standard scouting mission, they decide the only thing to do to help their kingdom is to infiltrate the group.Taking this risk will change Sora’s life forever—and lead her on a mission of deception that may fool everyone she’s ever loved. 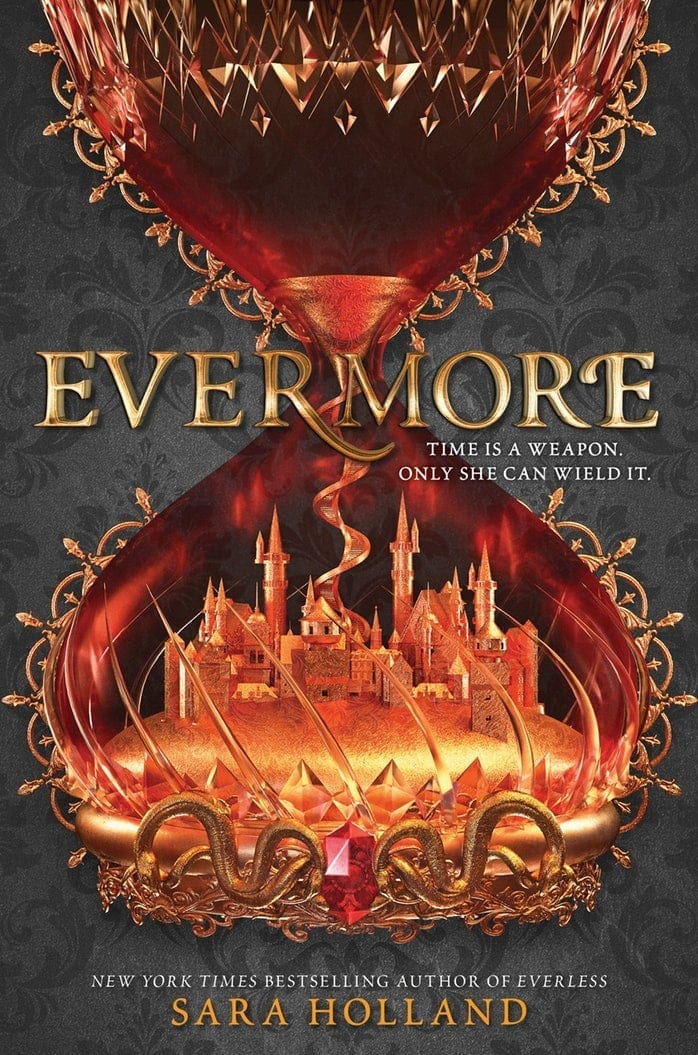 What if a magical touch meant leaving everything you loved behind?

I was supposed to die. The doctors told me I had only two months to live.
That was before I met him. Daylan.
He was the miracle cure I had been waiting for. With Daylan, I was no longer the small-town girl with that unexplained illness. I was something more. The fate of a magical world depended on my survival, and I longed to go with him. There was only one thing stopping me.
Tyler.

For fans of fantastical adventures, unexplained magic and deadly romance.

A divided nation. Four Queens. A ruthless pickpocket. A noble messenger. And the murders that unite them.

Get in quick, get out quicker.

These are the words Keralie Corrington lives by as the preeminent dipper in the Concord, the central area uniting the four quadrants of Quadara. She steals under the guidance of her mentor Mackiel, who runs a black market selling their bounty to buyers desperate for what they can’t get in their own quarter. For in the nation of Quadara, each quarter is strictly divided from the other. Four queens rule together, one from each region:

When Keralie intercepts a comm disk coming from the House of Concord, what seems like a standard job goes horribly wrong. Upon watching the comm disks, Keralie sees all four queens murdered in four brutal ways. Hoping that discovering the intended recipient will reveal the culprit – information that is bound to be valuable bartering material with the palace – Keralie teams up with Varin Bollt, the Eonist messenger she stole from, to complete Varin’s original job and see where it takes them. There are worse things than death. Things that lurk in the shadows and slip into your dreams. Things that have no business existing. Things that once slept … but have now awoken.

For Callypso Lillis, the fae magic that now runs through her veins is equal parts curse and good fortune. For the very thing that bonds her to Desmond Flynn, the King of the Night, also makes her vulnerable to the Thief of Souls, a man who wants to break the world … and Callie along with it.

But it’s not just the Thief whose shadow looms over the Otherworld. Des’s father is back from the dead, and he wants revenge on the son who sent him to the grave in the first place.

Des and Callie must figure out how to stop both men, and time is running out. Because there are forces at play working to tear the lovers apart once and for all … and unfortunately for them, death is no longer the worst thing to fear.

The Red Scrolls of Magic (The Eldest Curses #1)

Magnus Bane, a centuries old High Warlock, has taken possession of one of the great relics of the supernatural world, a powerful spell book of dark magic known as The Book of the White and there are many who want to claim it for themselves.

After the Mortal War where the part-human and part-angel Shadowhunters teamed with the part human-demon Downworlders to fight against the incursion of an army of demons, Magnus and his new lover, the mortal Alec Lightwood celebrate their survival and victory by escaping the supernatural battlefield of New York City by touring the world, but the world won’t leave them alone.

The first adult novel set within #1 New York Times bestselling author Cassandra Clare’s Shadowhunter series, written with award-winning science fiction author Wesley Chu, is a fantasy thriller that will give new readers a great way to enter the Shadowhunters world and give the millions of readers across the globe answers they’ve been looking for in this start of The Eldest Curses trilogy. At long last, Brienna is a mistress of knowledge and is beginning to settle into her role as the daughter of Davin MacQuinn, a disgraced lord who returned to Maevana to reclaim his house. Though she’d just survived a revolution, one that will finally return a queen to the throne, she faces yet another challenge: proving herself trustworthy to the MacQuinns. But as Queen Isolde Kavanagh’s closest confidant, she’ll have to balance serving her father’s house as well as her country. And then there’s Cartier, a wholly separate but desirable factor in her new life.

Aodhan Morgane, formerly known as Cartier Évariste, is adjusting to the stark contrast between his pre-rebellion life in Valenia as a master of knowledge and his current one as the lord of a fallen house. During the castle’s restoration, he discovers a young boy named Tomas, whose past and parentage are a complete mystery. So when Cartier’s former pupil Brienna is as taken with Tomas as he is, he lets his mind wander—what if he doesn’t have to raise him or his house alone?

As the Lannon trial swiftly approaches, Brienna and Cartier must put their love aside and stay focused on the most vital task at hand—forging alliances, executing justice and ensuring that no man, woman or child halts the queen’s coronation. But resistance is rumbling in the old regime’s supporters, who are desperate to find a weakness in the rebels’ forces. And what makes one more vulnerable than deep-seated love?

In this follow-up to The Queen’s Rising, Rebecca Ross weaves political intrigue, complicated relationships and love to create a story that readers won’t be able to put down. 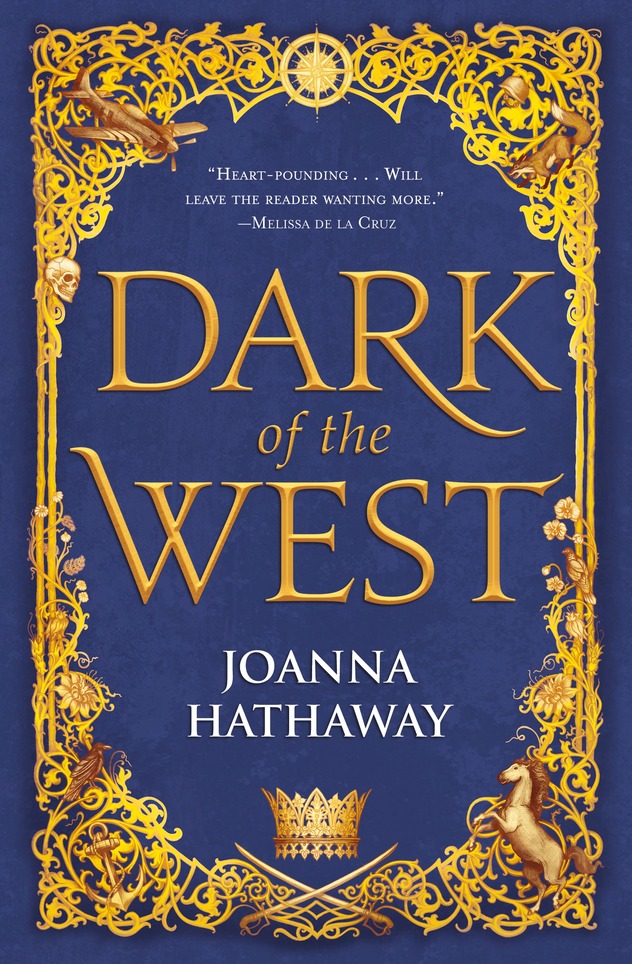 Dark of the West (Glass Alliance #1)

He was raised in revolution. She was raised in a palace. Can their love stop a war? Code Name Verity meets The Winner’s Curse in Joanna Hathaway’s Dark of the West, a breathtaking YA fantasy debut.

Aurelia Isendare is a princess of a small kingdom in the North, raised in privilege but shielded from politics as her brother prepares to step up to the throne. Halfway around the world, Athan Dakar, the youngest son of a ruthless general, is a fighter pilot longing for a life away from the front lines. When Athan’s mother is shot and killed, his father is convinced it’s the work of his old rival, the Queen of Etania—Aurelia’s mother. Determined to avenge his wife’s murder, he devises a plot to overthrow the Queen, a plot which sends Athan undercover to Etania to gain intel from her children.

Athan’s mission becomes complicated when he finds himself falling for the girl he’s been tasked with spying upon. Aurelia feels the same attraction, all the while desperately seeking to stop the war threatening to break between the Southern territory and the old Northern kingdoms that control it—a war in which Athan’s father is determined to play a role. As diplomatic ties manage to just barely hold, the two teens struggle to remain loyal to their families and each other as they learn that war is not as black and white as they’ve been raised to believe.

Blue de la Cour has her life planned: hide the magic in her blood and continue trying to turn metal into gold so she can help her city’s homeless. But when her father is murdered and a cruel but powerful woman claims custody of Blue and her property, one wrong move could expose her—and doom her once and for all. The only one who can help? The boy she’s loathed since childhood: Prince Kellan.

Kellan Renard, crown prince of Balavata, is walking a thin line between political success and devastating violence. Newly returned from boarding school, he must find a bride among the kingdom’s head families and announce his betrothal—but escalating tension among the families makes the search nearly impossible. He’s surprised to discover that the one person who makes him feel like he can breathe is Blue, the girl who once ruined all his best adventures.

When mysterious forces lead to disappearances throughout Balavata, Blue and Kellan must work together to find the truth. What they discover will lead them to the darkest reaches of the kingdom, and to the most painful moments of their pasts. When romance is forbidden and evil is rising, can Blue save those she loves, even if it costs her everything?

To Best the Boys

Every year for the past fifty-four years, the residents of Pinsbury Port receive a mysterious letter inviting all eligible-aged boys to compete for an esteemed scholarship to the all-male Stemwick University. Every year, the poorer residents look to see that their names are on the list. The wealthier look to see how likely their sons are to survive. And Rhen Tellur opens it to see if she can derive which substances the ink and parchment are created from, using her father’s microscope.

In the province of Caldon, where women are trained in wifely duties and men are encouraged into collegiate education, sixteen-year-old Rhen Tellur wants nothing more than to become a scientist. As the poor of her seaside town fall prey to a deadly disease, she and her father work desperately to find a cure. But when her Mum succumbs to it as well? Rhen decides to take the future into her own hands—through the annual all-male scholarship competition.

With her cousin, Seleni, by her side, the girls don disguises and enter Mr. Holm’s labyrinth, to best the boys and claim the scholarship prize. Except not everyone’s ready for a girl who doesn’t know her place. And not everyone survives the maze.

Which cover is your favorite? Which book sounds the most appealing to you?