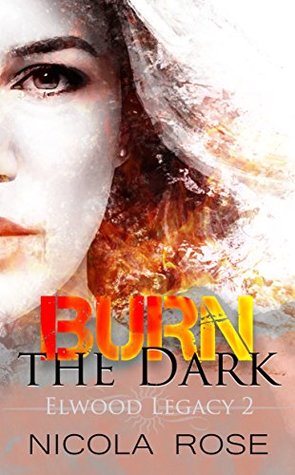 One reckless girl and two vampire brothers – battling forces of love over lust, and light over dark.

All the years of therapy and labels, and it turned out the real reason for the chaos in my life was something none of us could have dreamed up.

Destiny and fate have grand plans for me. Apparently I’m supposed to play along, but what if I don’t want to? What if the lines got so blurred that I can no longer tell which way I’m supposed to turn? Whose arms I should fall into? And what if that question doesn’t even seem to matter anymore?

I’ve spent my life chasing down adrenalin-highs, but I didn’t see this coming. Something dark is brewing inside me… and maybe I like it.

She was only supposed to be part of the game.

Yes, I wanted her from the moment I saw her, but not for the right reasons. Not for love. Not for passion. I wanted her for my own agenda – bringing down Zachariah’s carefully erected walls. And maybe, just a little bit, because of the way her presence called out to me like a glimpse of something big, glowing on the horizon.

I should never have let that light grow. I should have squashed it when I had the chance. Now she’s under my skin and it’s all twisted. But this time, I won’t lose focus. I won’t lose her.

This time… I win.

Burn the Dark is a full-length paranormal romance/urban fantasy, intended for adult audiences. Book Two in the Elwood Legacy series.

Filled with magic, sexual tension, a lot of blood and burning of everything.

I’m serious when I say this book is fast paced. This scene happens, then this event happens, we go from this place and we’re shipped to a different location next. We lost some beloved characters (I completely understand, would have been hard to keep that person in the picture) and some came back. There were lots of death and lots of weird stuff happening in this book. Blood licking, sex over fresh bodies, (Nicola did write a scene where two people had sex over fresh blood that they killed but still, if you think about it, if you were there…) revelations of character personalities and the shifting of tides, having a telepathic group chat! (That one is the coolest) There’s even another Legacy being introduced!

Together, we’ll own anyone and anything that crosses us.

Jess is trying to change her ways and she doesn’t use funny and colorful swear words as often as she used to. I miss her original cuss words that she doesn’t seem to ever run out of. She refuses to get drunk and sleep around with random guys or girls or both at the same time.

He was my salvation. He was everything. He was mine.

Is he really the stronger brother? Or the weak one? Selfish for toying with his brother to activate the Legacy? Or selfless for suddenly caring about Jessica? You’re going to have to read this sequel to find out how mind blowing it is.

She was a Goddess to be worshiped. My dark Goddess. I’d walk through hell for her.

We finally get to read Alex’s Point of View and I was enjoying it the whole time. The author has taken a slightly different direction by making it more story-driven, less of the sexual and steamy scenes and I love it even more. The author did promise to make up for the lack of sex in the next book.

He didn’t deserve a girl like her. He didn’t know what to do with her, how to handle her. I wanted her. But then I didn’t. Mostly, I did.

If you’re looking for a quick read and love annoying characters that keep lying to themselves about the truth of their feelings or denying their feelings then this is for you! Gave it four stars out of five because it wasn’t as steamy as I’d expected, but I can’t wait for the third and final book in the series!

Her aura glittered like a million starbursts against a smudge of black. She was light, and dark – a staggering sight of pure energy.

“I will love the light for it shows me the way, yet I will endure the darkness because if shows me the stars.” — Og Mandino

One thought on “ARC Review: Burn The Dark”