Good morning, Good afternoon, Good evening, depending on what time it is there in your area! Welcome back to TTS or Thestarslisten Talk Show! If you haven’t read the previous episodes you can read episode one here and episode two here! I’m your host Ania and this is a new segment in my blog for books I’m super crazy about and collaborating with generous authors for giving the time of day to answer my emails.

Today will be different because we’ll actually talk about events in the book and other spoilers. So this is a treat for those who’ve read the book! Today Jessica Leyton is back to chat about Nicola Rose’s debut novel book 1 in the Elwood Legacy Series, Taste the Dark. [Off the script: Jess will be in color Green for emphasis.]

Jess: Good to be back Ania.

How are you and how are the boys?

Jess: Thanks! I’m great! The boys are their usual selves! *Rolls eyes with a smile*

Alright, let’s get down to business. I loved Anna, I was torn between the two of you. I don’t feel like her death was given much attention. Is it possible she’ll come back? As a ghost? As something else?

Jess: She didn’t deserve that. No matter what happened, it was just plain shit. I honestly can’t say, but if she could come back it would be incredible.

Alex was the one that killed her. His reason for killing her had a point, could you really blame him? She did betray you, wanted to kill Zac and Alex and almost got you killed.

Jess: *Swallows* Yes, she did. And it hurts like a bitch. But she was brainwashed. He messed with her head, she was only doing what she thought was right.

At the end of Taste the Dark, Zac was about to flee, does that mean we’ll get to see the world in Book 2?

Jess: Well, we do leave South Padre, but only to end up in Mexico! And a couple of other places, one of which is unlike any place you’ve ever been… but the world? No. Too bad, I was so looking forward to seeing the world. Tourist vamps. Not that they’d be tourist, I’m pretty sure they’ve been to all corners of the world already.

If you could go anywhere, where would you like to visit?

Jess: Everywhere! I’ve always wanted to go to Australia, and Africa. But really, anywhere that I can get on my bike and be free to explore new things. Yeah… I just need an open road and I’m happy!

Would you go alone, or with Zac? Anna’s not an option anymore.

Jess: You know, half the beauty of the open road and a motorcycle between your legs is the solitude. It’s just you. No pressure, no one to think of but yourself. I kinda like that. Sorry Zac. *Smiles at camera*

I’m kidding. Of course I’d be with my man… sometimes!

Now that you know you’re a descendant of a powerful witch, have you thought about practicing your powers? I’m sure you can find a way to use it for fun in the bedroom. Jess: Haha! I like your style! Yes, magic is definitely on the agenda in book two. This is an epic discovery. All my life I’ve been chasing something down, following the buzz, and I finally know what it is that sits inside me. You can bet I’m going on a journey to uncover that!

Oh, I can’t wait to see you use magic and be another level of bad-ass. What are you hoping to get out of your powers? Like fly, super speed, make a clone so you could be in two places at once?

Jess: Wow, I want all of those things! So far I’ve only dared dream on a smaller scale — like making stuff happen with my mind, or being able to really hurt any fucker that messes with me, paranormal or not! That could be useful! Imagine bringing a vampire to their knees with your mind-bullets! Yikes, men need to learn to fear you these days. If only the same could be said to the Elwood brothers.

Jess: What, that they should fear me? *Laughs* They totally should. They love to think they have me wrapped around their fingers, but they’ll see…

Is it really a love triangle? You like Zac, Zac likes you, Alex kinda likes you? Things aren’t clear to me.

Jess: *Takes a deep breath and clutches hands in her lap* Nothing is ever black and white. Whatever you think you know about Zac and Alex, it’s probably not quite right. People change. And it turns out, vampires change too. Don’t get too settled on the way things have been — they’re about to get turned upside down.

I think I can guess where you’re going with this. But really, Alex. What do you think? Is he really into you or is he just using you to get to Zac? There was that scene in his mansion when you two were alone, he didn’t seem harmful. It seemed like he genuinely wanted to know more about you.

Jess: He’s complicated. It’s complicated. But I never once believed that he was only using me to get at Zac. The way he looks at me, the way he speaks sometimes… it’s real. He might not admit it to himself, hell, none of us want to admit it – but there’s something deeper there.

Jess: Yeah. Nothing new there, eh?! Just a normal day for us.

Last question before we wrap. I’m pretty sure shit’s about to go down in book 2, but besides the impending war, what can we expect?

Jess: Expect magic, heartache, and fighting. Expect to hop on a ride where emotions get mixed up, and where you might just find love in the most unexpected of places.
And don’t expect me to come out of this the same way I went in. None of us do.

It’s going to be super crazy isn’t it?

Jess: Yep! Come along and enjoy the ride with me!

Ladies and gentlemen that’s all the time we have for now. Catch Jessica Leyton in Taste the Dark, Book 1 in the Elwood Legacy series by Nicola Rose. Book 2, Burn the Dark, is coming 28 May and is available to preorder now…Grab the first book to stay up to date with the cast! Thank you so much for being here Jess.

Jess: Thank you so much for having me.

See you next time on TTS, Thestarslisten Talk Show! 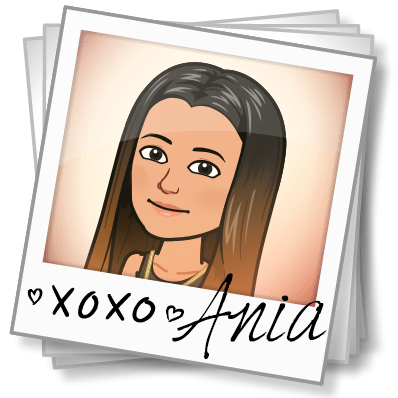