The Sand Man, aka the most powerful king in Dream Realm, tended sleep and dreams for eons. But as the human population grew, it exhausted him. After teaching others his craft, he has become disenchanted with no one stroking his ego anymore.

Alissandra, an immortal Sand Maiden, and daughter of the king, has always been close to her father, or so she’s thought, despite being one of twenty-two children. She’s put him on a pedestal and sought to make him proud of her as she weaves the dreams of her many mortal charges helping them make sense of thoughts that need refinement, problems that need solutions, worries that beg for action, and things they should or shouldn’t have said.

But her reality is shattered when she discovers that her father plans to exploit her current dream change, Crown Prince Kovis Altairn, in a quest to conquer Wake Realm. What will Ali do to stop him and his nefarious plans? Will it be enough to save Wake?

The Sand Maiden is a four-book NA Epic Fantasy Paranormal Romance series with YA appeal. If you loved Sarah J. Maas’ A Court of Thorns and Roses, Elise Kova’s Air Awakens, and/or Rachel E. Carter’s The Black Mage you’ll definitely love this.

WARNING: This book will empower those who say #MeToo but contains mature content including sexual abuse. Recommended for 18+. 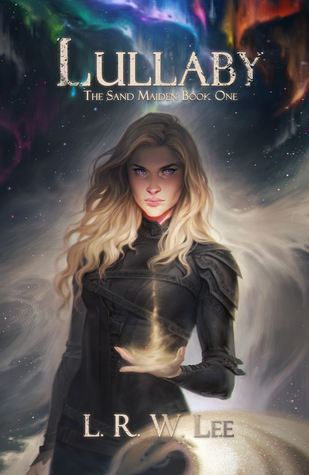 Lullaby (The Sand Maiden #1) on Goodreads L. R. W. Lee enjoys writing epic fantasy and as such has authored the seven book, award-winning Andy Smithson series (MG/YA coming of age) and is currently working on a new series, The Sand Maiden (NA epic fantasy romance with YA appeal). She loves writing fantasy because her characters are everything she’s not in real life. For example, L. R. W. can’t handle scary movies, Stephen King novels, or cockroaches. And she knows she wouldn’t last long in one of her books. But give her a drink and a Hawaiian sunset and she’ll be just fine.

She lives in scenic Austin, TX with her husband. Their two children have flown the coop. One came to roost at Microsoft and the other in the Air Force.