How I’ve forgotten about this cover is beyond me. I made this my phone’s wallpaper since the day it was revealed! That dress! The shade of blue, that ship, those cards, here fingerless gloves (whatever they’re properly called) and the curtain behind her. The shade of lipstick too, I want one. Super excited for this book to come out later this year. Audrey Rose Wadsworth is one of my role models and Thomas Cresswell will forever be one of my favorite gentlemen.

In this third installment in the #1 bestselling Stalking Jack the Ripper series, a luxurious ocean liner becomes a floating prison of scandal, madness, and horror when passengers are murdered one by one…with nowhere to run from the killer. .

Audrey Rose Wadsworth and her partner-in-crime-investigation, Thomas Cresswell, are en route to New York to help solve another blood-soaked mystery. Embarking on a week-long voyage across the Atlantic on the opulent RMS Etruria, they’re delighted to discover a traveling troupe of circus performers, fortune tellers, and a certain charismatic young escape artist entertaining the first-class passengers nightly.

But then, privileged young women begin to go missing without explanation, and a series of brutal slayings shocks the entire ship. The strange and disturbing influence of the Moonlight Carnival pervades the decks as the murders grow ever more freakish, with nowhere to escape except the unforgiving sea. It’s up to Audrey Rose and Thomas to piece together the gruesome investigation as even more passengers die before reaching their destination. But with clues to the next victim pointing to someone she loves, can Audrey Rose unravel the mystery before the killer’s horrifying finale? 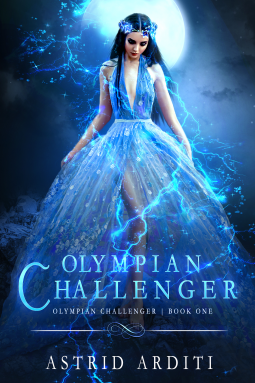 This is now on my TBR and I got an ARC from this courtesy to NetGalley. All I can say it this was love at first sight of the cover.

A hero’s tournament. A defiant contender. Does one girl have the courage to take on Mount Olympus?

Hope’s world doesn’t have room for heroes. She barely has time for schoolwork, swim team, and taking care of her ailing mother. But when she’s invited to a mysterious tournament, the all-powerful hosts won’t take no for an answer.

Transported to Mount Olympus, Hope comes face to face with her new trainers—the pantheon of Greek gods. While other contenders train hard to gain a fighting edge, Hope searches for a way out. Instead, she finds a gorgeous shadow god who may just convince her to stay…

As each round unfolds, the ultimate prize draws closer—the granting of her heart’s deepest desire. If she survives the final challenge, her mother’s cure would be within reach…but only if Hope can ignore the tournament’s dark purpose.

Olympian Challenger is the first book in a bold YA urban fantasy trilogy. If you like Greek mythology, forbidden romance, and feats of courage, then you’ll love Astrid Arditi’s heroic coming-of-age tale. 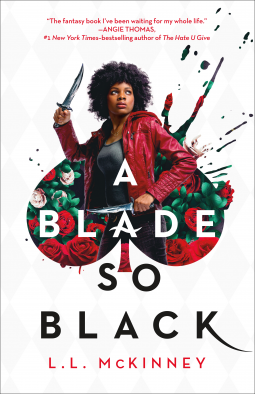 A Blade So Black delivers an irresistible urban fantasy retelling of Alice in Wonderland . . . but it’s not the Wonderland you remember.

The first time the Nightmares came, it nearly cost Alice her life. Now she’s trained to battle monstrous creatures in the dark dream realm known as Wonderland with magic weapons and hardcore fighting skills. Yet even warriors have a curfew.

Life in real-world Atlanta isn’t always so simple, as Alice juggles an overprotective mom, a high-maintenance best friend, and a slipping GPA. Keeping the Nightmares at bay is turning into a full-time job. But when Alice’s handsome and mysterious mentor is poisoned, she has to find the antidote by venturing deeper into Wonderland than she’s ever gone before. And she’ll need to use everything she’s learned in both worlds to keep from losing her head . . . literally. 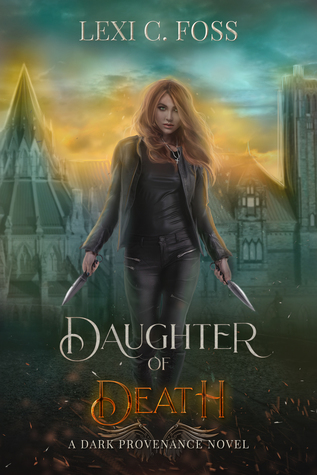 All the clues point to one person: Me.

My name is Evangeline, and I’m a retired assassin who wants nothing to do with the underworld. But an edict from a Demonic Lord forces me to return to the man and the life I left behind.

I have seven days to prove my innocence.

Whoever set me up is going to die.