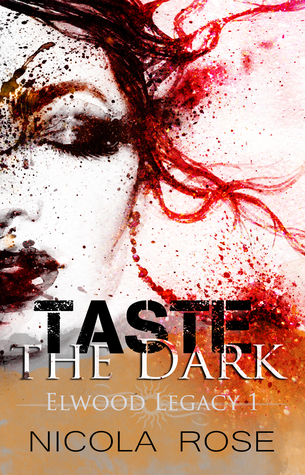 One reckless girl and two vampire brothers – battling forces of love over lust, and light over dark…

I killed my parents. I didn’t mean to, I don’t think. I can’t really remember.

I can’t remember much from the years that followed either, other than an endless stream of bad decisions, generally involving alcohol, drugs and bad boys. My new job in a new town signified a turning point – time to sort myself out.

What I hadn’t anticipated was the 6ft package of brooding, inked-up perfection who started stalking me. And don’t even mention the equally hot brother crawling under my skin…

They radiate danger, it flows around them like a seductive spell; and danger is my favourite word.

I was doing a pretty good job at balancing on the fine line between light and dark, blurring the edges and living in the grey. But then dead vampires started piling up around me and the Bael gave me a ticking countdown to fix it.

Now she’s arrived. Four seconds – the moment I saw her – that’s how long it took to know that she’d simultaneously bring heaven and hell to my door. I don’t even know what she is, but I know I crave her.

Falling for a human girl has left me teetering on the verge of collapse. This could be just the ammo my brother needs to nudge me over the edge and into oblivion.

Taste the Dark is a full-length paranormal romance/urban fantasy, intended for adult audiences. Expect a lot of heat and a little darkness, because romance isn’t always sweet.

Book one in the Elwood Legacy series. He was darkness. And light. Walking the line in between. And here I sat, following him blindly into the unknown.

How often do you read paranormal books with vampires that choose to live by a beach?! They’re servants of the moon but they decide to live in a place where the sun is super exposed. The events move pretty quickly. Everything we need to see (that mattered) on the island was shown. Sometimes it reminds me of Twilight, sometimes Fifty Shades of Grey (Not the sexual activities of the book. You’ll know what I mean when you read it.). No one (that mattered) was unattractive, they’re very distracting as you read on. (hahaha!) If you’re a fan of paranormal romance with attractive characters then this one’s for you. His face was so beautiful, it wasn’t fair.

Most of the characters in this book has an issue or two, people got problems! I’m not even sure if I’m team Zac or team Alex because Alex has got this fvck boy attitude but I believe deep down he’s a decent guy (or vampire). I get emotional whiplash from Zac because he’s like Katy Perry’s song Hot N Cold. One moment he’s sweet and attempts to be romantic and the next he’s in a raging fit. He gets mood swings more than a girl in her period! He does keep a lot of secrets and is barely open minded. However, he does make an effort to act as human as possible around Jess.

Where do I begin with Jess?! She’s acts before she thinks, she doesn’t seem like she’s afraid of anything. I was first torn between her and her best friend Anna, but soon I realized I’m more Jess because I only want to talk about my problems and not my friend’s. (haha! Yes I’m selfish like that!) However, she’s always thinking about sexual activities, she can’t help it though. I wonder what it’s like to constantly think about sex. Written in the point of views of Zac and Jess, but mostly Jess. And Jess has the best comments to anything that either needs or doesn’t need a comment. I love how they’re not the usual vampires we come to know. (You have to read to know what makes them different.)

Nicola Rose knows how to write super steamy scenes, no matter how short a scene it gets to you. Ugh. Praise. His embrace tightened, but it felt like I’d lost him.

Zac has got so many secrets and shit’s about to go down in book 2 and I just cannot wait to see all the blood and gore! The ‘vampire government’ is now after them and who knows how many deaths we’ll be seeing. Some people believe there’s a monster in all of us. That it sits there, hiding and dormant, and that under certain circumstances it may be released. Sometimes instances out of our control set it raging free, other times we choose to let it out. Some of us are better at keeping it locked down. Others fail to contain it at all.

One thought on “ARC Review: Taste the Dark”