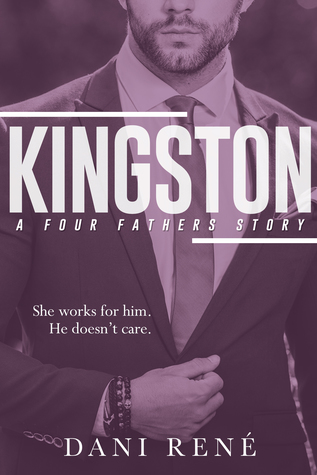 I am arrogant. Insatiable. A single father.
I desire things that would make most people blush.
Normally, I find outlets that allow me to free the sexual beast living within and play to my heart’s content.
And when my voluptuous, innocent assistant starts starving me after a little taste, I decide I’ll let my inner animal feed—on her.
Trouble is, once I have her, I can’t let her go, and that makes things complicated.
My name is Levi Kingston.
I am a dirty, ravenous, greedy man.
People may detest my kinks, but it doesn’t stop them from wanting me.

No one does sleeping sleeping with the boss better than The Four Fathers Series.

“When you love someone, there’s always a fear that they’ll leave. Just walk out and never come back. But when that person is still around and they don’t reciprocate the love, that’s what hurts even more.”

“When you love someone, there is no right time or wrong time to do something. But when it’s right, you feel it. Not in your mind, but deep down in your heart and soul.”

My ARC Review on Pearson will be coming up next week, be sure to look out for that. I’ve been hating Eric for two books now, here’s to hoping I’ll see the light in his book.