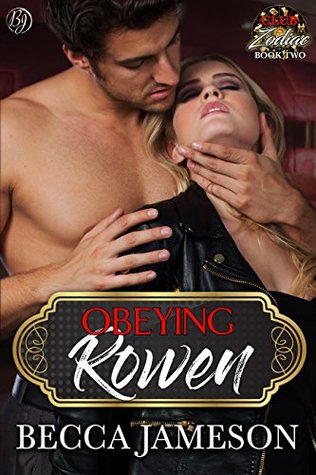 She knows it. But it’s easier for Faith to pretend she’s a Domme or at least a switch than allow herself to feel again. To love again.

Rowen can see right through Faith’s false persona. But approaching her is the last thing he wants. He doesn’t do switches, and he certainly doesn’t do wealthy women.

She will submit to him…

When the opportunity presents itself, however, Rowen finds Faith on her knees at his bidding. There’s no way he will turn down the chance to prove what he already knows—Faith is submissive. She isn’t a Domme or a switch. She’s the perfect submissive he’s waited his entire life for.

But is it enough?

Faith has skeletons. Rowen has concerns. They both have a lot to learn about trust and second chances.

*I would like to thank Becca’s author assistant for the ARC in exchange for an honest review.*

What happens when you get a Dom who wants to dominate 24/7 and a seasoned sub? THIS FLAMING BOOK! Rowen almost went all out. He brought his toys, different forms of punishments, and his dirty talk.

I’m honestly surprised how my phone hasn’t disintegrated while I was reading this book. The only part that I disliked is how Faith and Rowen both think the same thing where they want to be together for far longer than agreed upon but they’re just afraid it’ll scare the other party away. I can’t blame them though, I’m just the type of person who treats my emotions like a band-aid. I just rip it off and let the blood run, get it over with and express what I need to say. (Which can be a bad thing because I seldom fail to see things in long-term.)

Faith’s background is very interesting and I admire her character. She’s truly a strong woman both emotionally and mentally. Rowen’s got issues with her lifestyle which is holding him back but they both have a lot of things to think about. That huge decision to maker whether to stay or move on. They also mentioned unicorns.

Every moment she had with him had been a blessing. But losing him had hardened her. She wouldn’t go through something like that again.

You don’t really have to read Training Sasha which is the first book in this series because is enough is explained for you you to get the gist. However, (I always say this and I will keep on saying this until a better line comes into mind.) the reading experience will be different when you know each character’s journey.

Looking forward to Collaring Brooke which is the next book after this!