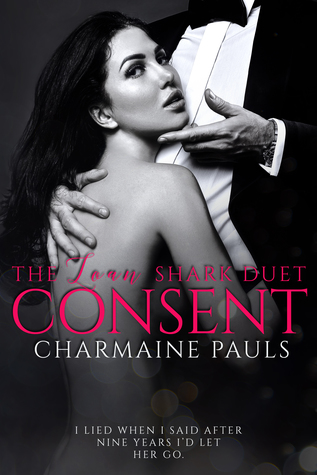 When Gabriel broke down my door, he took over my body and life. Never with force, but always with clever manipulation. He stripped me of my independence, my defenses, and my clothes and turned me into an addict for his touch.

Once, I had dreams and a future. Now, I have fears, scars, and insatiable needs. I’m damaged beyond repair, but if I’m to survive the most dangerous man in Johannesburg, I can’t allow him to break me, because broken toys are destined for the garbage dump.

If you haven’t ready my review for the first book, just click here.

FUCKING CRAZY, SEXY, MIND-BLOWING, AND HEART STOPPING. I can’t express how much I love this duology.

“What lies in front of me is a broken creature, an angel with torn wings and pieces of her soul and body missing. Despite the injuries, she still fights to fly.”

The character development is hard to miss. Everyone has their own problems and their own struggles and they are so human for it. My most favorite ones in this sequel is their bodyguards Quincy and Rhett. They have really fallen under Valentina’s spell; not in a sexual way but their more loyal to her than to Gabriel now and they adore her so much. Gabriel keeps repeating that she has that effect on people, heck she even worked her magic on someone else in the Louw family.

Valentina is no longer powered by her anger but she’s become so much stronger, mentally and physically. While Gabriel is on his own path to walk on. Turns out he’s insecure and he’s still not over the thought about not being worthy of Valentina.

(Spoiler) There has been a lot of deaths in this book and I understand why they had to be killed of because it’d be too complicated and the story could not progress well if they still breathe. (End of spoiler)

I thought this book was about Valentina and her struggles, but in the end I realize it was about Gabriel. He’s more broken than Valentina with wounds that run too deep which causes for him to have a hared time accepting himself and forgiving himself for the lives he has taken and the life he was forced into by his mother.

This will surely be one of my best reads of the year. Charmaine Pauls has pierced my heart, this book made me cry a couple of times. My heart hurts during those heart-pounding events. 5 stars is not enough to rate this book, it should get 10!