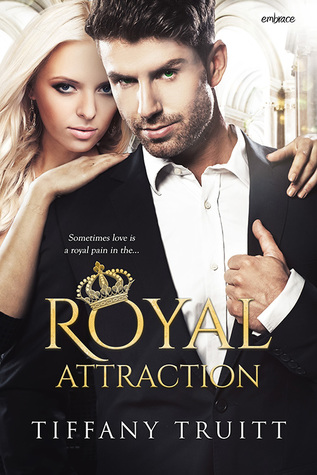 Alexandra Ryans’s life has been anything but normal. Some might even call it a fairy tale. As the daughter of the former U.S. ambassador to England, she grew up within the palace walls, best friends with the three young princes. Adored by the press and the British people. What more could a girl want?

If only the press knew the real story behind her relationships with the Dudley boys. Then, they’d really sell some papers.

Oliver Dudley, youngest son and third in line for the throne, loves everything about his life. The fame. The parties. The women. The utter lack of expectations and responsibilities that come with being last in the line of succession. But while the world thinks he has everything he wants, there’s one thing he was never able to call his own—the beautiful and spunky American Aly Ryans. But how can he convince her when she hates everything about his life? And what is he willing to give up to get her?

Damn book made me cry!

*ARC received from Entangled Publishing, LLC via NetGalley in exchange for an honest review.*

Once again, I’m reminded that I’m an only child and I still long for an older brother.

“I’ll pretend that seeing you here doesn’t drive me wild. I’ll ignore all the things my body wants to do to yours. I’ll forget the fact that you leaving without a good-bye wrecked me.”

I swear I picked up this book because it has modern princes, and it’s set in a palace, the palace.

The story was really fascinating. They’re three British royal brothers and an American girl who grew up together. They even have their own hangout place outside the palace just to feel normal once in a while. But truly the story points back to Aly who doesn’t believe in herself. She thinks all she does is break things, she never does the right things, and she wants to be perfect for the perfect image that the press wants from her. But its’s not just Aly who has problems, all four of them do. They’re forced to give up a part of their soul for the crown and pretend to be people who they’re not. That’s always the main problem when one has responsibilities on their shoulder and a role to play. There was a lot of conflict and issues all throughout but the resolution for this book was more than what I could have expected.

England, looking down at me, begging me to help mend his son’s relationship when I was the one to shatter it.

Each of the main characters are well created with certain personalities that make them different from each other yet they have some points in common. My favorite character is Oliver (Ollie) Dudley, and not just because he’s smoking hot and utterly sexy but he does things for a purpose. He may seem reckless but they are actually well calculated actions. Compared to Aly who’s almost like a little whimp and all she knows is how to run away.

A lot of things have changed, but some never will.

I love how this book is written in one person’s point of view but it is divided between the past and the present. Also it is labeled at what age, month, and day it happened and there are also the early morning events where it’s labeled are ‘barely’ it makes me laugh sometimes. Shifting from past to present are one of the types of writing style I adore because then it’d be very thrilling when they meet and tie in the end. The writing is also light and easy to read, though sometimes I look up a couple of words. It does uses a lot of British slang that I do not know the meaning off but that doesn’t bother me at all.

“Life is incredibly, mercilessly short. There are so many things that come for us that we won’t be able to fight. Save your fear for them. But all those pesky other things, the things that nearly destroy us but don’t, we always manage to get back up. Always. Our fear is wasted on them.”

I would recommend this to those who enjoy reading about princes, or book set in a royal palace and if one is curious about what goes on behind closed doors. If you want your heart to be crumpled a bit, and perhaps a little sweet fun then this is for you. It does have a bit of sexual activities here and there but nothing major since this is a romance and not an erotica.

Be human. Be honest. Be you.