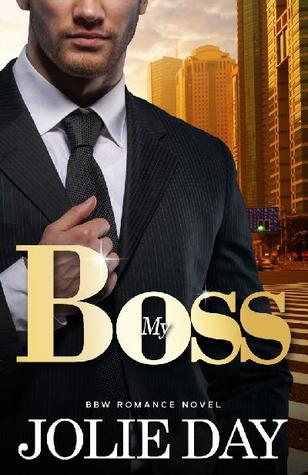 All I wanted was to get away from my small town in the middle of Nowhere, Illinois; and I thought that traveling all the way to New York City was my way of doing that. And it was.

In New York, I found all the excitement and adventure I ever could have asked for…but even with my degrees in technology and economics, I couldn’t seem to find a job and I was running out of money.

That’s when I ran into Joel Harper. Literally.

Tall, dark, and handsome, Joel was known for being quite the charmer-a new girl on his arm every week-and I had no interest in him. Not one bit. Not until I learned that he owned the company I had gone to interview for. Not until he gave me a job as his assistant. Then suddenly, I couldn’t think of anything but him. Every inch of his body became the subject of my thoughts…

She was unlike any woman I’d ever met.

Where most women would have thrown themselves at me, Avery James resisted me with every fiber of her being and it just made me want her even more.

It was dangerous for us to be together, I knew that better than anybody. But there was just something about her…something that drew me to her like some kind of strange, animal magnetism. But she was my employee. It was completely unprofessional of me to want her so, so bad.

But I did. I wanted her and I would do anything it took to make her want me too.

My Boss is a full-length standalone romance with an HEA, no cheating, and no cliffhanger.
WARNING: This Billionaire Alpha Romance contains mature themes and language. It is intended to be enjoyed by an 18+ audience only. Read at your own risk!

*Got my copy from a freebie.*

The ending ruined it all for me.

Already half in the book and they still haven’t done the deed yet. I just enjoy my books when they tend to confess their feelings immediately and take action. I kept reading on, wondering what would happen but it’s only when I finished the book did I realize that there was no clear path or story line. There was no problem to be solved. Most of the time it was just about the main characters being quite distant and barely showing any interest in each other, save for that ‘spark’ they feel when in the same room.

“If my boss looked like your boss, then I’d toss professionalism right out the window and throw my legs in the air.”

She didn’t want him-not all of him, at least. She just wanted the night.

Well, yeah, there were sad moments too. But it all just felt so rushed. I even found the last scenes random. It went from one genre to another and it caught me completely off guard. There were no hints for me to have guessed this is where it was going.

However, I did pick this up without reading the blurb from Goodreads. The site I got this freebie from didn’t offer any blurb at all and I just picked the one with a guy in a suit and a title where it clearly says a boss and an employee relationship. I guess it’s my fault too. Lesson learned, always read the blurb ahead!