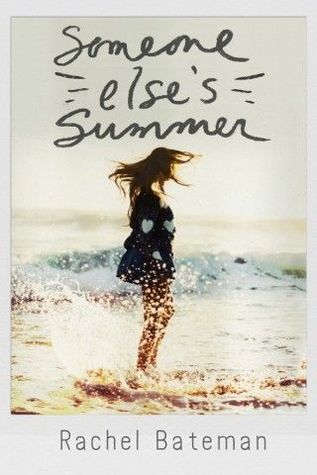 Anna’s always idolized her older sister, Storm. So when Storm dies in a tragic car accident on the night of her high school graduation, Anna is completely lost and her family is torn apart. That is, until she finds Storm’s summer bucket list and decides to honor her sister by having the best summer ever—which includes taking an epic road trip to the coast from her sleepy Iowa town. Setting out to do everything on Storm’s list along with her sisters best friend Cameron—the boy next door—who knew that Storm’s dream summer would eventually lead to Anna’s own self-discovery?

*ARC was received from Net Galley in exchange for an honest review.*

I made a bucket list after reading this book and I’m not the type to make this kind of list but I did and now I’m looking for someone to go on the journey with me. This is really for someone who just lost a loved one as it is about getting over that loss and learning to live with it and not feel guilty for being happy when the person no longer has her own life to live.

I couldn’t relate very much to this book since I don’t have a sibling and I’ve never experienced being very affected by the loss of someone but I do know what pain feels like. There may be different types of pain in this world but they’re all similar in some way, they’re the opposite of happiness and it’s all just loneliness and grief.

The story escalated very slowly and it took a while to get to the main plot where she finds her sister’s notebook. Introduction is necessary and also can’t see the book starting in any other way so that was fine by me. It was kind of worth the wait though in the end.

I love the characters and their relationship especially Aunt Morgan who is totally the best and coolest aunt in the entire world. She doesn’t judge Anna, she gives her her time and doesn’t really push things. I want a parental who’s like her! Next is Anna’s relationship with her ex-boyfriend Jovani. In my own experience and based on my observation not everyone breaks up with their bf/gf and would stay friends, yeah they may live with no hard feelings but not to go back as best friends and give each other love advice. And lastly, Cameron, who is very much funny and sweet. His jokes makes me fall for him too. How he tells jokes with a straight face and uttering them without a second thought nor stuttering, it’s like he’s a natural comedian. And never has he once shouted at Anna when she got upset, he’s always very calm and tries to turn things around. I know a person in real life who’s very much like Cameron. 😉 Oh and he’s a very good planner, he does his best to keep things a surprise for Anna and I love surprises too so the readers would also be at the edge of their seat wondering what he has in store for us all. He’s a memorable character for me. To be able to become best friends with your sister and the boy next door is also something not common in out country but I’m amaze on the fact that they got to be a trio for a long time and after Anna separated from them, Storm and Cam were still hanging out together.

I can’t say that the character’s relationships are realistic because there’s so much more I need to see of the world but this is a work of fiction after all. This may be a work of fiction but never have I ever read fiction with such attention grabbing relationships before. It’s an inspiring relationship, all their relationships inspire me so much. I now aim to be a cool aunt like Aunt Morgan and someday if my kids refuse, I’ll force them to be friends with the kid next door (just kidding) but I won’t hold them back from hanging out with whoever they want.

That plot twist though, I really didn’t see that one coming. When Anna was talking about why Storm didn’t send her enrollment fee to the school of her dreams I knew something was up but like Anna I wasn’t in the mood to dig deeper and think about it at the moment. When the medical records came up I was also lost and I didn’t understand what was going on until she mentioned that her sister took her own life. Jovani was right about Cameron’s timing and all, even I wouldn’t know how to tell people about that revelation. And the part where Anna’s parents admitted that they suspected Storm’s sickness was back was just right. If her parents had no clue I would have flipped out, because that’d just be the sign that they failed as parents for not seeing through that something was wrong with their own child. I knew Cameron and Anna would make up in the end but I didn’t think that he’d cross out another one off their list. It was the perfect ending to the story, crossing out one last thing off the list which came with perfect timing and deciding not to cross out the last one “be brave with my life” because Anna’s right, we will always fear something throughout our life and we’ll never run out of chances of being brave.

This book is definitely for the adventurous type, those who like to travel, and for people who have their own bucket list somewhere. I believe this book will inspire people in different ways and I’m glad this is out there in the world.