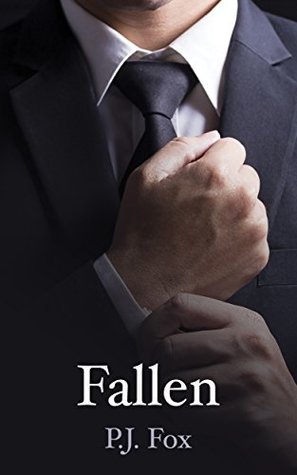 In entrepreneur and billionaire heir Dane, Ani sees a man who is gorgeous, brilliant… and intimidating. But in the equally intimidating world in which they live, a world that rose from the ashes of the Third World War and that now prizes dominance above almost all else, he’s perfect. Ani, who’s known her whole life that she doesn’t belong in this world, is startled to discover that-despite what he is, or maybe because of it-she might not hate him quite as much as she thinks. He might be her polar opposite, but he has a lure that, try as she might, she can’t deny.

Dane, meanwhile, finds himself unable to resist Ani’s independent spirit. Even though he, as a product of the society that’s given him so much, has long regarded such spirit as anything but a virtue. He likes his women like he likes everything else: on his own terms. Can he, he wonders, tame her?

And will Ani let herself be tamed?

And can she, a pacifist in a world of violence, keep herself safe? Because, despite its veneer of civility, this brave new world is a violent place; no trappings of wealth, and privilege, can disguise that fact. Crimes of all kinds, up to and including murder, are more than tolerated; under the guise of keeping society stable, they’re encouraged. Particularly on one night of the year, a night that’s fast approaching: the highlight of every loyal citizen’s year, the night of the Purge.

“I’d intended to win you over, ah, I believe the phrase is the right way. Or the way, at least taught by mothers and gentlemen’s magazines and approved by my housekeeper. With flowers and jewels and whatever other things women might want. And flirtations and promises, not all of which were meant to be kept.”

My take on the plot.

Dane has been in love with Ani ever since he first laid eyes on her when she was sixteen. He waited for Ani but as he did he entertained other women. Now, Ani being 21 her aunt is eager for her to get married with her rich best friend Archer and one of wealthiest bachelor in the world Dane who she hates and purposely avoids during parties. The night of the Purge comes and Ani is left if with no other choice but to accept the shelter and hospitality Dane is demanding more than offering. But the death of her uncle remains a mystery, was it coincidental or intentional? Her aunt and brother even came out without a scratch.
SPOILER ALERT
Dane. Dane. Dane. Let’s talk about Dane.

In their time, monogamy is not a thing. It’s not a surprise if married men would warm the beds of other women. Someone as pure as Ani caught his eye and he made an effort for her to see him differently. I was pained when he revealed to Ani that every time he approaches her he sees it clearly in her eyes fear or him. And when she’s around other people she lights up and smiles and how badly he wishes he could be the one to make her shine that way. Soon he felt like he doesn’t deserve her, his lifestyle, he himself as a human being – unpure and tainted with disgusting gossip about him – doesn’t deserve her pureness. He wishes for Ani to be happy but human as we are he can still be selfish and could not shake the fact he wants Ani for himself.
Their relationship.

“It might be fantasy, but it was better than reality.”

Ani began with hatred for Dane. I think she just hates him because of his lifestyle and Ani wants nothing to do with the drama. In the modern world he would be labeled as a ‘bad boy’ and under that category as a ‘fvck boy’. With that much stain to his name no matter how rich, utterly handsome, and composed he may be Ani only wants to stay away from him. Unfortunately for Ani, Dane seems to keep his eyes on her during parties. Soon when Ani realizes they as different as they may seem they have this special bond where they connect. The moment she accepts her feelings for him the more things become easier. The progress of their relationship wasn’t rushed, it was clear how hate turned to love. In the number of pages it may seem short but as I read with the thoughts of Ani I understand how her feelings came to be.
The mystery.
Everyone was a suspect. Okay not everyone, but a lot had motive and many gained from the death of Ani’s uncle. Up until before the revelation I wasn’t even sure who the culprit was.
The revelations.
Ani’s past uncovered it was remarkable. I was too engrossed with the story that I didn’t have a moment to step back and wonder about her past which is why I missed that detail and I failed to analyze things.

“Each war is fought with different weapons.”

The writing.
It took a long time for the story to get to the main plot. It was very hard for me to read at first, with all the placing of events, their setting, the characters. There were a lot of unnecessary side stories and some scenes took to long and weren’t even that of a game changer. The ending wasn’t rushed but it lacked happiness. Most of the story revolves around Dane and Ani’s relationship and the readers weren’t even given the privilege of seeing their wedding. I personally wanted to know what happens and how big a wedding in Victoria can be especially when you’re marrying a filthy rich man such as Dane.

“You have the right to your own life. To your own dreams, your own goals. To be yourself.”

Overall I did enjoy this book so much. It was a very fun read, the thrilling events didn’t lack heart racing features. I wish for a sequel too.